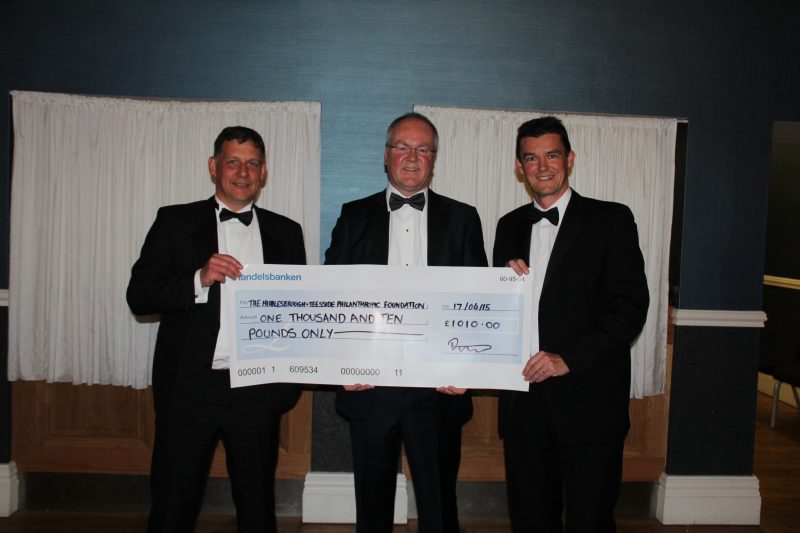 More than 120 people from professional firms in Darlington and the surrounding area attended the inaugural dinner for what is set to become a regular event in the town’s business diary.

Representatives of almost 20 local enterprises attended Darlington Professionals Inaugural Dinner, at The Mercure Hotel, on Friday April 17, where keynote speaker was founder of business growth consultancy Altrelli Limited, Osmotherley, Alastair Waite, who spoke about the work of the Big Tees Sleep Out Charity and £1,500 was raised with a collection and donation.

He is also a founder member and mentor at the Entrepreneurs Forum, a governor of Yarm School and University of Teesside and is a trustee of Middlesbrough and Teesside Philanthropic Foundation which supports individuals and organisations making a difference on Teesside.

Newtons Solicitors partner, Gareth Jones, says: “David Walker and I organised the event because we thought Darlington, which has a thriving professional  community, could support an event of its own.

“Alastair Waite’s talk was inspiring and very well received. The turn out was fantastic and the whole event was a huge success. Darlington Professionals will now become a regular fixture in the local business calendar and a crucial part of boosting networking and commercial co-operation in the town.”