This question arose over the weekend, particularly in relation to The Scotland Act, which would need to be amended by repealing the sections that require Acts of the Scottish Parliament to be compatible with EU Law. 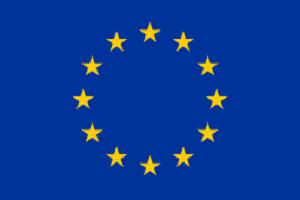 The Parliament at Westminster has the power to pass laws that affect Scotland where there is a UK or international impact, such as leaving the EU. The arguments of democratic injustice and calls for Scottish independence will, however, continue to run.

So whilst Scottish Members of Parliament could oppose such reforms, they are unlikely to succeed on their own.

The UK will remain a full member of the European Union (albeit with reduced credibility following the referendum) until a withdrawal agreement is agreed with the European Council, or two years after formal notice is served by the UK of its intention to leave the EU. Without this formal notice, the result of the referendum is not legally binding. There is no time limit within which the notice has to be served and there is good reason why this should be delayed.

The Withdrawal Agreement will deal with the ongoing relationship between the UK and EU. The complexity of this is immense and there are many factors to consider such as the future rights of UK individuals and companies that have established themselves in Europe and vice versa. Historically, trade deals have taken between four and nine years to conclude. This is the reason why there is talk of informal negotiations before the notice is served. Whilst the two year time limit can be extended, it requires consent of all member nations.

It is unlikely that we will want to disentangle EU Law from domestic UK law immediately. This would take years and it is more likely that following withdrawal, our law will continue to evolve without the obligation to incorporate EU regulations.  What we will need to ensure is that we have a sufficient legal framework in place so that existing law is clear without reference to EU Directives. There is likely to be considerable case law developed as a result of Brexit and the interpretation of law going forward.

Until withdrawal is complete, the UK will continue to be bound by new EU regulation and existing treaty obligations. The changes to UK membership negotiated in 2016 have automatically fallen away following the referendum result in accordance with the renegotiated terms.

If you have concerns about business contracts with European suppliers or customers as a result of Brexit please do not hesitate to contact our commercial team on info@newtons.co.uk