Major Insolvency Law Reforms aim to ensure the “UK is the best place in the world in which to invest and do business.”

Following a consultation in 2016, the government have announced a number of new rescue measures aiming to strengthen the insolvency regime. 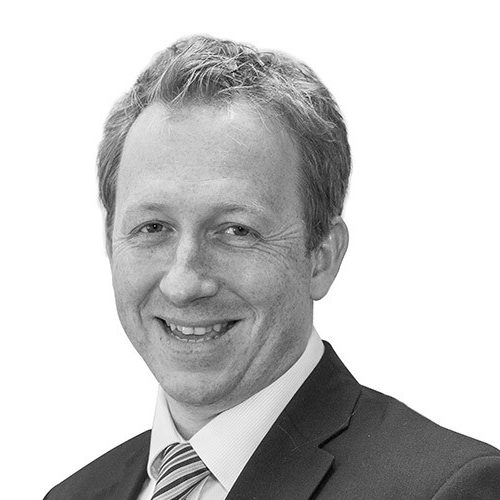 Major Insolvency Law Reforms aim to ensure the “UK is the best place in the world in which to invest and do business.”

Following a consultation in 2016, the government have announced a number of new rescue measures aiming to strengthen the insolvency regime. The object of the new measures is to balance the need to support a company in distress with the interests of its creditors. It aims to give struggling companies every opportunity to be restructured where they can continue to create value by implementing the following procedures:

A Company Voluntary Arrangement (CVA) moratorium is currently provided for under Schedule A1 of the Insolvency Act 1986 (IA), however this is restricted to small companies and has been criticised for being burdensome for the insolvency practitioner and carrying a risk of personal liability. It is therefore rarely used in practice by small companies for whom it is already available.

A review of the current insolvency procedures has found medium and large-sized companies are making efforts to find workarounds to the current absence of a statutory moratorium through acts such as applying to court for a stay of enforcement proceedings while the debtor attempts to finalise a scheme or arrangement or otherwise repeatedly providing notices of intention to appoint an administrator in order to benefit from the moratorium provided for by Paragraph 44 of Schedule B1 of the IA. The government therefore consider that the introduction of a clearly defined moratorium is necessary and will be accessible to companies of any size.

The directors of the company will remain in control throughout the period of statutory moratorium under the supervision of a monitor who is to be, at this stage, an insolvency practitioner. The test of whether a company qualifies to enter into statutory moratorium is one of prospective insolvency, based on the requirement that the company will become insolvent if action is not taken. This test therefore has the effect of excluding companies that are already insolvent and ensures the process cannot be abused by healthy companies with short term cash flow issues. Additionally, the company will be required to illustrate, on the balance of probabilities, rescue is more likely than not. Furthermore, the government will exclude companies falling within Paragraphs 4A – 4J of Schedule A1 of the IA from qualifying for the statutory moratorium.

The initial period of the moratorium will be 28 days and will be triggered by the filing of the necessary papers at court. The monitor will then be required to file their consent to act and confirm that they have assessed the company and the eligibility test and qualifying conditions are met. The monitor must then send notice of the company’s entry into statutory moratorium to all creditors and register the entry at Companies House. The period of the moratorium can be extended by a further 28 days by the company, provided that the monitor has confirmed that the qualifying conditions continue to be met. The monitor would then be required to notify the creditors of the extension.

The fact of the existence of a winding-up petition already having been presented to the company within the preceding 12 months will not be a bar to the company qualifying for a statutory moratorium provided that the petition has been concluded and it did not result in the making of a winding-up order. On the other hand, a debtor company that is subject to a pending winding-up petition will have to seek permission from the court to commence a moratorium and will not be able to follow the usual process for filing papers at court.

The purpose of the introduction of the moratorium is to allow viable companies more time to restructure or seek new investment to rescue their business free from creditor action. It is expected that a typical outcome would be that the company agrees to informal restructuring with creditors or enters into an insolvency procedure, either as a rescue procedure such as a CVA, or as a liquidation procedure.

Following the precedent set by a number of other states with highly-ranked insolvency regimes, the government intends to legislate to prohibit the enforcement of ‘termination clauses’ by a supplier in contracts for the supply of goods and services where the clause allows the contract to be terminated on the ground that one of the parties to the contract has entered into formal insolvency. The intention is that this will allow businesses to continue to trade through the rescue or restructuring process, providing a degree of stability so that rescue will be more likely.

The government has acknowledged that there will be certain circumstances where exemptions to the prohibition will be necessary, particularly in relation to financial products and services. These represent special cases where it will be possible to exercise the termination clause on the grounds of undue financial hardship. The supplier will need to seek permission from the court to exercise such a clause and they will be required to satisfy the court that, if they were to continue to provide goods and services to the company, they would be more likely than not to enter into insolvency themselves as a consequence. In deciding whether or not to grant permission to exercise a termination clause, the court will give consideration to the reasonableness of the clause, having regard to the particular company’s prospects of rescue.

The company will be required to send creditors any information they may need in order to make a decision on whether or not to support the proposal in addition to certain mandatory matters prescribed by the government which must be covered in all cases. This is likely to take a form similar to the explanatory statement used in schemes. For a class vote in favour of the proposal, 75% of a class by value (of the overall debt), and more than 50% by number would have to agree to the plan. If a plan is agreed it would bind all creditors, including junior classes of creditors even if they voted against the plan. This cross-class cram down can be imposed provided dissenting classes of creditors are no worse off than they would be in liquidation.

A key objective of the law reform is to provide a fair balance between the rights of the company seeking to be rescued and the rights of the creditors seeking to be paid for the company’s debts. Additionally it is the government’s aim to offer further protection to employees and other stakeholders and have therefore provided new powers for the Insolvency Service to investigate directors of dissolved companies, enhancements to antecedent recovery powers and the ability to disqualify directors of holding companies who unreasonably sell insolvent subsidiaries.

These changes seek to make directors even more accountable for their actions by imposing further responsibilities on them including the responsibility to demonstrate how the pension pot and salaries can be covered before dividends can be paid. If a complaint is made against a dissolved company by a disgruntled party such as an employee or trade creditor, action will be taken by the Insolvency Service which may result in the director being held personally responsible.

These reforms adopt elements of US Chapter 11 and it is hoped that they will assist in enhancing the UK’s reputation for being “a dependable place to do business, with high standards, respected institutions and a reliable rule of law.”