Listen: How to Protect Your Business in a Divorce

One of our family law solicitors discusses the best way to protect your business in the event of a divorce. 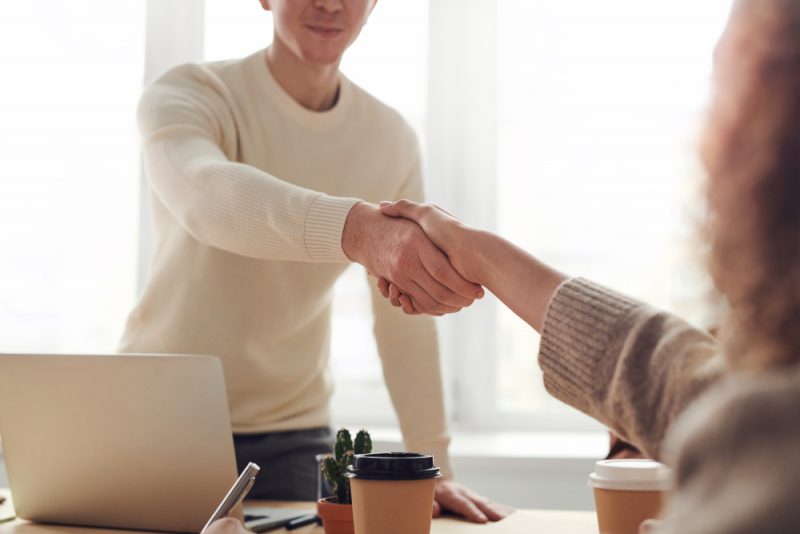 David Kirkman, family law solicitor, spoke on Stray FM’s business hub about the impact that a divorce can have on a business-owner and shares some of his tips on how to be prepared in advance.

Presenter: Now it’s a statistic that we don’t often like to dwell on, but the fact of the matter is that divorce does happen. I’m not entirely sure what the statistic is, but I’m sure it’s one in every two or three marriages at the minute. But today we’re talking about divorce and business, and here with me in the studio I have Family Solicitor, David Kirkman. Hello, David.

P: Now this is your first appearance in the Stray FM studio, and we’re talking about the effect that divorce can have on business. Do you think it’s something that people generally think about?

Just the impact of separation can have an impact on how you do your job, the emotional strain of separation, but then ultimately people should be concerned about the possibility of a financial claim  upon your business, or the way in which the business will shape the financial settlement that may come about following a divorce.

P: Cause similar to, you know, splitting up the house, you also have to split up a business, and I imagine there’ll be quite a few listeners that, either they have gone through this or could potentially be going through it in the future. I know it’s not romantic to think about but it happens. How can someone claim a share of their ex’s business?

DK: Well, ultimately it can be through court. Many cases are able to be settled outside of court, often that is better for everyone involved, particularly with children. It’s cheaper, less money for lawyers like us, and often the settlement that you agree between yourselves works better than something that’s imposed on you by a court.

But ultimately if you can’t reach an agreement it can go through court and the court can order that shares be transferred from a business owner to their spouse or that the business be sold. Those things don’t always happen, in fact that’s not the most common thing that can happen, but that is a risk.

The courts are not unsympathetic to the impact that a heady-handed approach can have on businesses. They will be reluctant to break up a business if that is producing a good income for you because that’s not going to help anybody, but the court could award your spouse a greater share of other assets if you’re retaining the business, or the court could order that you pay a portion of your income to your spouse for a term or for the rest of their life, potentially.

DK: It is. The court has a wide discretion to decide what is fair. There’s no formula that is applied, because individuals’ lives are too complicated for that, so experience of being in family law, that is key, that your solicitor has that if you’re looking for advice, so that they can advise you on the approach that courts tend to take in cases like yours.

P: So, obviously it’s not something that you want to anticipate will happen in your life, but what sort of things could you do with setting up? If you are a business owner and just a bit of a realist, what would help the situation in the future? If it should arise.

DK: Well there’s three things, probably, I would suggest initially, that may be right for you, and it does depend on your circumstances. The first, something that many people have heard of, is pre-nuptial agreements.

DK: So that is a contract that you enter into with somebody that you’re about to marry, setting out what should happen if you are to separate. And that can include lots of things, but it can include what happens in your business and whether your spouse will have any share of that business, properly ring-fencing that from any potential claim in the future.

P: That has to be done before marriage. You can’t do it after you’re married.

DK: For it to be a pre-nuptial agreement, it has to be ‘pre-‘ your marriage, but you can enter into agreements throughout your marriage, those are known as nuptial agreements. That’s sometimes something people do if they have separated but then they’ve got back together but maybe with a concern that they’re hoping that they can make this work, but they’re more aware that it might not.

P: So pre-nuptial agreement is one.

DK: Another option if you have a limited company, you could look at entering into a shareholders’ agreement, which is a contract between the shareholders in the company which can restrict the rights of shareholders. Or a partnership agreement if the partnership is the structure of your business. So that’s another option that you can explore with a commercial solicitor.

DK: Then finally, just think about the way in which you organise your business and person lives. It’s quite common for business people to involve their spouse in the business, at least for tax purposes if they make them a director, even though they’re not really doing any work. That can be beneficial for tax purposes, but it could have an impact on the approach that the court would take to a financial settlement, because then they had a greater involvement in the business than otherwise they would have done.

P: Yeah, so sort of take a step back, almost, and look at it, and just think ‘am I doing the right thing?’.

DK: It’s worth thinking about and seeking legal advice on.

P: Okay, well, in which case that leads perfectly onto seeking the legal advice. Now David Kirkman, from Newtons Solicitors, you deal with this on a very regular basis. What should people do if they want to talk to you or somebody from the Newtons team about it?

DK: In the first instance they should just give us a call, probably, and arrange an appointment with me if it’s something to do with like a pre-nuptial agreement. To do with a shareholder agreement or a partnership agreement, one of my colleagues would be able to assist with that.

We offer a free half-hour for people looking for advice about family matters, and I’d be pleased to see anybody in and advise them on their individual circumstances.

P: Fantastic. David Kirkman, thank you so much for coming in. It might not be a cheery subject, but it’s been quite a cheery chat so thank you very much!

For more information on how to protect your business in the event of a divorce, please get in touch with us today and speak to our Family Law or Commercial and Corporate Law teams.