The Impact of an Ageing Population on Social Care

A senior solicitor from our Employment Law Team talks to Stray FM about the strain being placed on social care. 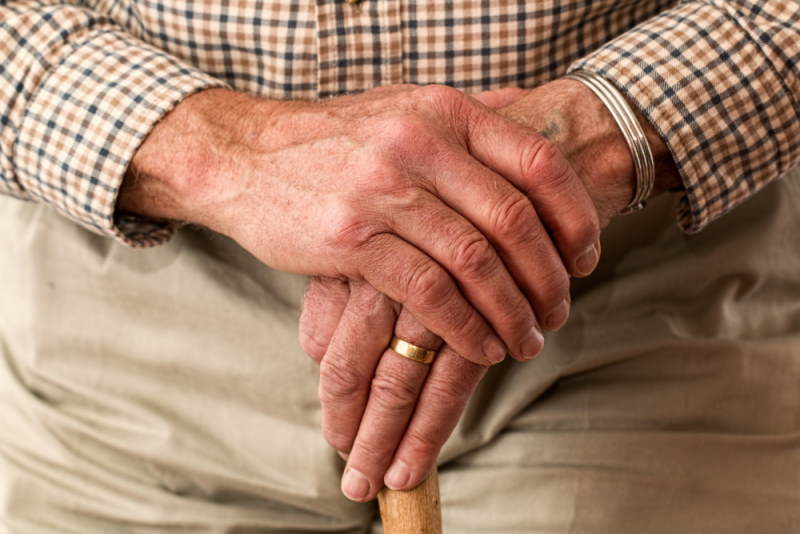 Paul Hargreaves spoke to Stray FM about the impact of an ageing population on social care and how employment law and regulations are forcing care homes and local authorities to tighten their belts.

Presenter: Today we’re talking about care homes and, here to talk to us about it, I have Newtons Solicitors’ Paul Hargreaves. You said that the spark that started this conversation was a BBC Panorama on social care.

Now, the social care and the care home industry is about to have a few changes, it could be facing a few different problems. What are these problems, Paul, and what’s imminently about to happen?

Paul Hargreaves: On a national level, there’s an aging population, so we have an increasing demand for care, and this is not just looking after in care homes; a lot of the time it’s social care in the community where support has been provided, and it’s an area that, from a customer or client perspective, is a growing industry – there’s a lot of work out there.

The issue is the funding of it. Last Monday there was the Panorama programme on social care and that was more focused on contracts provided by companies to the local authorities to provide care in the community for adult care. The same issue is happening with care homes. They’re funding what is becoming increasingly expensive services with resources that are very stretched.

P: What are the big costs in having something like a care home?

P: That is essentially what care is.

PH: Absolutely. It’s one of the most personalised industries. You’re looking after vulnerable people, and last week’s Panorama looked at the financial problems facing the sector, which has emphasised abuse in homes, neglect and other issues. So not only have you got something that’s quite labour-intensive, you’re providing a service which has, necessarily, become highly-regulated.

P: Probably a negative shadow which isn’t fair because a lot of the time, it’s absolutely fine, but when that happens, they obviously have to up regulations and rules and ways of making sure the right thing is happening.

PH: Whether they have to up them or not is one thing, maybe it’s a case of enforcing what’s already there. But it’s something that is always going to be sensitive. You’ve got, most people who work in the care industry are very caring, but it is hard work. Often long hours, often these regulations and often dealing with people with physical or mental problems who need more care and more attention and can be extremely challenging and frustrating, and there’s not a lot of financial reward in it, there’s not a lot of money in the sector. So perhaps it can be harder to recruit and you can’t recruit anyone, there’s various checks that have to be done and there’s training to provide the service and meet the regulations. And also if you’re running a business you also have to employ people to carry out what is often heavy administration, heavy regulation, so this puts extra burdens on-

P: and increases the cost.

PH: -and increases the cost. Now, from an employment perspective, which is the area I work in, when you’re working on tight margins, the stresses of holiday pay, risks of unfair dismissals and those issues which arise, especially when you’re often having to take disciplinary action against staff or dealing with complaints, can be quite prevalent.

But at a practical level, there’s been other issues with competing pressure if you want to look after staff, and these are the people who are working often very hard, long hours and they want security, but with that comes extra costs. And there’s been a recent case, couple of years ago, I think in an area not too far from here, and that was related to home care. And the company were paid for when their workers were in the homes of the various customers-

P: So as soon as you walk through the front door, to the moment you leave the door?

PH: That’s when the company were getting paid for the services provided.

PH: The issue became, was the travel time counted? Now, going between appointments, including travel time, you know, they can’t do anything else, they’re working, and it was found that it should be counted. But I have a huge sympathy as well for the employer, who was now having to pay extra costs, it’s not just an increase in living wage but you’re looking at a situation where in case of them having to pay for longer hours, costs are often not being met by the provider, which in many cases was a local authority themselves who were facing their own challenges.

P: Is there any way that pensions are going to be affecting this?

PH: Well, they’re raising the pension age to try to help meet these challenges directly, and there’s now, to help people fund for the future, employers are now being required to contribute more proactively in the pension, they’re required to make pension payments.

Now there’s a lot of sense to this proposal, but of course it’s another big cost for the employer, especially when they’re on tight margins, so while there’s a long-term strategy to it, it does again cause problems and can increase costs.

P: And what is about to change? I know that there’s Brexit, a lot of it is about to be triggered over the next month or so, is that going to affect the care industry at all?

PH: Again, that’s the million-dollar question that no-one quite knows the answer to. But there’s certainly a number of potential implications. Much will depend on what agreement is reached. There is the issue of moving people and that’s going to be central.

A lot of stuff, especially in these areas, come from Europe and come from overseas. If there’s significant change, that could affect the worker supply to carry out these jobs.

PH: You can either contact myself, Paul Hargreaves, or one of my colleagues Oliver Hempton or Malcolm Jones at Newtons, you can look at us on the website, which is Newtons.co.uk. In terms of other areas, it’s not just employment obviously, our commercial teams, if you’re looking to start in this business, or set up, James Tallor at Knaresborough would be a point of contact.

Another issue that comes from it being more personalised is of course, you may have concerns about your wealth because you may be looking to plan for your own future, our private lawyers can assist with.

P: You are covering the spectrum there, Paul, aren’t you? Thank you very much for coming in, and we will keep everyone updated as well and probably touch on this again in a few months’ time when Brexit has happened.

At Newtons, we understand the difficulties that can come from running a business with limited funding. For more information, or to discuss employment law for businesses or individuals, please get in touch with our team today.