How to Dismiss an Employee Fairly 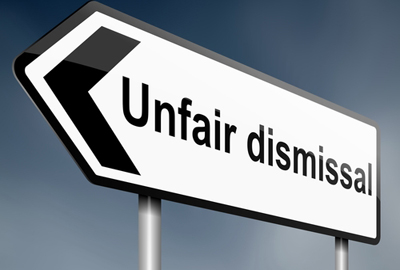 What Counts as Unfair Dismissal?

Of course, these lists are not exhaustive, but they give you an idea of some of the ways a dismissal can be considered unfair. Some things, such as posting negatively about your employer on social media, are not automatically unfair reasons for dismissal but must be considered by a tribunal regarding whether the employee dismissal procedure was reasonably followed.

How to Dismiss an Employee Fairly

There are two basic steps to a fair dismissal. Firstly, you must have a valid reason to terminate their employment (and be able to prove it), and secondly, you must follow a fair employee dismissal procedure.

This is always the most important part of the dismissal process. Suppose you are firing an employee for not being able to do their job effectively, for example. In that case, you must make sure you have written documentation of incidents that have led you to this conclusion and your attempts to resolve the issue.

This is vital because if the employee does attempt to claim unfair dismissal, you must be able to prove that you acted reasonably.

This can vary somewhat between companies, but it is important that you can show you followed a reasonable employee dismissal procedure. Disciplinary and dismissal procedures could include meetings with the employee to bring the issue to their attention, hear their side, or offer changes or solutions to resolve the problem.

When writing disciplinary protocols, try to follow the Acas guidelines – this is not a legal requirement but will put you in a much better position should the matter go to a tribunal.

You must ensure that the reason an employee is being dismissed has been thoroughly investigated (where this is appropriate) and reasonable accommodations made to resolve any problems.

If you decide to suspend an employee pending an investigation, you must continue to pay them in full unless their contract explicitly says otherwise.  Also make sure that your contract enables you to suspend them.

The employee should be aware of why they are being dismissed, what their notice period will be (or payment in lieu of notice) and when their contract will be terminated. This can be done in writing or a meeting, but they must be able to voice their views. Additionally, they should be able to request to be accompanied at a disciplinary or dismissal hearing.

Once you have had this discussion, you should adjourn the meeting to review the employee’s thoughts and make your final decision. If you don’t take that time to review, you could be accused of having made your decision before entering the meeting.

Summary Dismissal is the termination of an employee’s contract without notice, typically in response to gross misconduct (such as theft, fraud or violence). In all other aspects, including investigation and following normal dismissal procedure, it is still important that you know how to dismiss that employee fairly.

When it comes to what counts as unfair dismissal, summary dismissal can be a little difficult because it can only be judged on a case-by-case basis. If one of your employees is summarily dismissed due to gross misconduct and you no longer want them around your other staff/clients, you can suspend them pending an investigation. Unless their contract states otherwise, you must suspend them with full pay until your investigation is complete.

Following your investigation, if you make the decision to dismiss them, you must pay them their wages up to the date of dismissal as well as any accrued holiday that they haven’t taken.

In some cases, it isn’t always clear what counts as unfair dismissal. The Employment Appeal Tribunal (“EAT”), in the 2015 case of Ramphal v Department for Transport (“DfT”), found that Mr Ramphal had been unfairly dismissed due to the excessive influence of the employer’s HR department.

The DfT appointed a manager to investigate and reach a disciplinary decision over concerns about Mr Ramphal’s expenses claims. The manager prepared an initial report which was critical in part but also contained favourable comments. The manager’s view was that Mr Ramphal should be found guilty of misconduct and given a final warning.

The manager then became involved in a six-month dialogue with HR. During this time, HR suggested various amendments to the investigation with favourable comments being removed, the allegations being escalated to gross misconduct and the sanction being increased to summary dismissal.

Mr Ramphal claimed unfair dismissal. The Employment Appeal found the significant change in the manager’s approach resulting from HR’s involvement to be ‘disturbing’. It said that Mr Ramphal had an implied right to ensure that the manager’s report resulted from that manager’s own investigations, and HR should not have involved themselves in deciding the question of Mr Ramphal’s guilt.

There is a fine line to be drawn between taking advice from HR and allowing them to decide the outcomes. If you are tasked with handling a disciplinary matter, the decision you reach and the penalty you decide to impose must be yours.

Knowing how to dismiss an employee fairly is a vital role for any employer. You must be able to defend your actions and investigations should you find yourself in an employment tribunal. Newtons Solicitors have a wealth of knowledge and experience in employment law; if you need advice or guidance in dealing with an employment tribunal, contact us today.