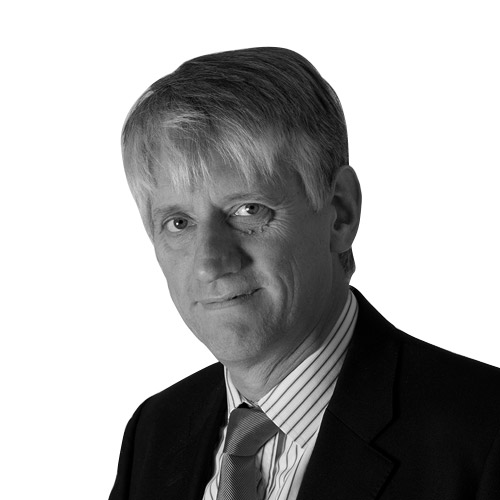 The incident is still relevant to this day, demonstrating how a breach of contract in business law impacted this buyer-supplier relationship, let’s discuss marmite gate in more detail.

What Is Marmite Gate?

In short, marmite gate was a price row between Tesco, the UK’s supermarket with the largest market share, and global supplier Unilever in October 2016. This price row resulted in Tesco removing Unilever brands such as marmite and PG Tips from their online shop and they reduced the number of items available in store.

Malcolm Jones described marmite gate to Stray FM as a “clash of two titans” caused by the exchange rate falling by 17% following the Brexit referendum in June 2016. This resulted in a weaker pound against the euro. In turn, Unilever wanted to increase the prices of goods by 10% to cover their losses. Most supermarkets accepted the price rise, yet Tesco disputed it, stating it wasn’t in their customer’s best interest.

Malcolm Jones comments that marmite gate was openly discussed in the British press, yet a key point was missed in the newspapers; the fall in the exchange rate. Although most goods produced by Unilever in the UK are supplied to the UK, Unilever is an Anglo-Dutch company. Therefore, Unilever’s accounts are denominated in euros and not pounds. Hence, the weaker British pound will negatively have impacted Unilever, which explains Unilever’s reason for a 10% increase in the cost of goods to benefit their profits.

Demonstrating marmite gate from Unilever’s perspective, Malcolm Jones states, before the fall in the exchange rate, for every £100 of marmite supplied to Tesco, Unilever would have received around €125. However, the impact Brexit had on the exchange rate in Q3 of 2016 meant that Unilever would have receive around €100; in turn, Unilever increased its price.

Overall, companies want to gain from increases or decreases in the exchange rate. For instance, if the exchange rate had increased, Tesco probably wouldn’t have been happy to pay over the odds on pricing.

Tesco considered this a breach of contract in business law; hence a price-row resulted between the two businesses. However, following a drop in share price for both Tesco and Unilever, the marmite gate dispute was resolved privately. Some speculate marmite gate was a marketing ploy for both businesses to benefit from the word-of-mouth promotion.

This isn’t the first time that one of the UK’s four biggest supermarkets, Tesco, Asda, Sainsbury’s and Morrisons, have had a bad relationship with their suppliers. To ensure the relationship between supermarkets and suppliers are maintained to a high standard, the Groceries Supply Code of Practise was introduced in 2009.

The GCA has previously investigated Tesco for their actions, which you can read about in this report.

What Can Small Businesses Learn from Marmite Gate?

When dealing with breaches of contract in business law, it all depends on the agreed arrangements between the buyers and suppliers. For instance, no external party can comment on the marmite gate price row in Tesco and Unilever’s case without knowledge into their commercial and contract agreements.

The key takeaways for preventing a supplier changing the terms of their agreement, such as putting their prices up, are:

A price dispute depends on the arrangements made between the two parties. It’s key for small businesses to ensure that your agreements are clear and obvious with suppliers or when supplying to other brands. This arrangement should clarify if there’s room for a price increase or decrease based on external factors such as the exchange rate.

In long term arrangements, there is usually a price adjustment mechanism to reflect changes in factors such as the exchange rate and prices of raw materials. In short, if there’s a long-term arrangement, both parties should stick to it.

Bullying from supermarkets should now be under control following the GCA. This means that buyers such as Tesco shouldn’t ask suppliers for retrospective pricing against their agreement. If companies aren’t following the Groceries Supply Code of Practise, then they can be reported to the GCA. This is important for smaller businesses to remember and take into consideration.

Overall, the big four supermarkets know they have considerable market power. Therefore, during marmite gate, Tesco realised the impact it would have on Unilever’s turnover if they decided to stop stocking their products. Presumably, Tesco would have predicted Unilever to reduce their prices. However, from Unilever’s perspective, they had the bargaining power as there’s only one brand of marmite.

Breach of Contract Solicitors for Businesses

If your business finds themselves in a contractual dispute, please don’t hesitate to contact our highly experienced breach of contract solicitors. At Newtons Solicitors, we have a team of specialist commercial and contract law solicitors who can draft negotiations for a buyer-supplier arrangement, deal with breach of contracts in business law and offer expert legal advice on commercial litigation. To listen to the original discussion, please play the podcast below.