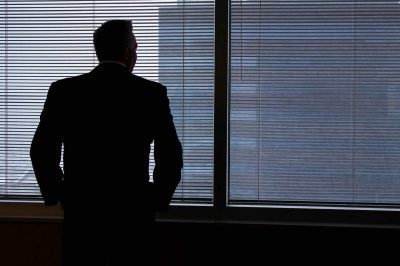 Whilst there is no such thing as a typical Employment Tribunal claim, of course, they do all have certain things in common. Tribunal claims can cover an enormous range of circumstances – anything from unfair dismissal, discrimination, or breach of contract to claims about whistleblowing, holiday pay, or health and safety.

What is involved and the complexity of the claim will vary depending on the facts in each case. The process can seem daunting for anyone faced with pursuing or defending a claim. However, there is a definite life cycle that all claims tend to follow in one form or another, and understanding the employment tribunal claims process can help it feel more manageable – both for claimants and respondents.

When a Tribunal claim lands on an employer’s desk, it can be tempting to panic or even to simply ignore it. However, it is important that employers in this situation act quickly and calmly to be in the best possible position to defend the claim, which means getting the right advice as soon as possible.

If the claim involves discrimination or whistleblowing, there is likely to be an initial hearing early on to determine any preliminary issues, such as whether or not the claim has been submitted in time. If the claim is allowed to proceed, the judge will then set the timetable for the next steps of the claim:

Whilst not as formal as a criminal or civil trial, Tribunal Hearings can be daunting, particularly for parties who don’t have legal representation. Crucially, however, the vast majority of claims settle well before the final hearing stage.

Most Tribunal claims have a time limit of three months. So, for example, if an employee is dismissed with effect from 15 January, they would have until 14 April in which to lodge a claim for unfair dismissal. Since 2014, it has been a requirement that all potential claimants must first lodge their claim with ACAS as part of the Early Conciliation scheme. The purpose of the scheme is to try to settle claims without needing to take up the Tribunal’s time and resources, and it can often be effective.

However, if a settlement agreement isn’t reached at that stage, the Claimant is then is free to lodge the claim with the Employment Tribunal itself. It is important to seek legal advice when preparing a claim, as any mistakes could damage the claim later on.

Fees were introduced in the Employment Tribunal in 2013, with an unfair dismissal claim costing £250 to lodge, followed by a further fee of £950 if the claim reached the hearing stage. The aim of fees was to weed out the supposedly large number of weak and malicious claims that had no prospect of success and were eating up the Tribunal’s time. However, while the overall number of claims went down, the proportion of claimants who won their claims – which one would have expected to go up if the weak claims weren’t getting through – remained roughly the same. Fees were eventually abolished in 2017 following a legal challenge by Unite. The Tribunal system is still struggling to adjust to the massive increase in the number of claims being lodged.

For employers faced with an Employment Tribunal claim, assessing the strength and value of the claim early on is essential to ensure that they respond in the most commercially sensible way. For example, if the employee has a strong claim and stands to win a large award if the claim goes to a hearing, it may make sense to make an offer to the employee to settle for a low amount early on. This can save time, hassle and legal fees and avoid the risk of what an unpredictable judge may decide to award. On the other hand, if the claim is weak or if the employee is acting vexatiously, then it could be better to hold out and try to recover costs.

The most important thing is to get advice early on to ensure you are in the best possible position, whatever strategy you decide to adopt. Please contact our team of employment law specialists should you require our assistance and guidance on the employment tribunal claims process.

Read about our latest tribunal success as we help our client succeed with her claim of unfair dismissal and sex discrimination before the Employment Tribunal during the Coronavirus/Covid-19 pandemic.