Social Media and Employment Law in the UK 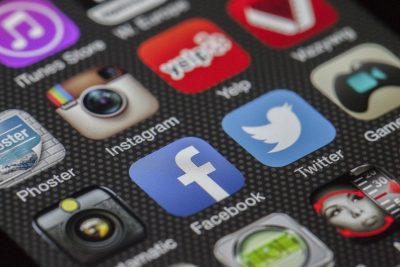 In terms of professional conduct and the recruitment process, social media employment law plays an increasingly large part. Some businesses welcome social media as a way of promoting the firm, attracting staff and building a family around their brand. Others are worried about staff wasting time, disclosing confidential data and damage to their reputation.

When a company can see as much of its employees’ online life as their closest friends, what are the employee’s social media rights in the UK? In a world ruled by the internet, social media and employment law can be tricky to navigate.

Large businesses have considered the issues and prepared policies on what social media activities can be done in their name and in their time according to social media and employment law. Now smaller firms need to follow suit.

A policy is useless unless staff are trained and accept it as appropriate. Under social media employment law, a company can fire an employee for social media posts, so it’s important that the policy is kept up to date and is acknowledged and understood by all staff.

Can you be fired for political social media posts?

The line between private life and business life is increasingly blurred. A Christian employee successfully sued his employer when he was demoted and his pay cut by 40% for comments he wrote on Facebook about gay marriages, because his comments were not visible to the general public and were posted outside of his working hours.

This is particularly evident during the recruitment process. Employers can and often will look at prospective employees’ social media and, if they have publicly posted strong political opinions that do not align with the company’s values, this could hinder their application.

Government guidance on unfair dismissal states that ‘It is not automatically unfair to dismiss someone because of their political beliefs or political groups they belong to, but a tribunal might find this unfair’. If an employee believes that they have been unfairly fired, they can go to an employment tribunal to contest it. This is one reason that a strong social media policy is vital for businesses.

Is it illegal to criticise your employer on social media?

Most businesses keep a close eye on their online reputation in order to be on top of any potentially damaging posts, so it is not unreasonable that an employee posting public comments about their employer will be found and reviewed. The employee’s job could be put in jeopardy if those comments are overtly negative or defamatory and breach a social media policy.

In one case, an employee was found to be posting negative comments about his employer on his social media pages and had continued to do so even after being challenged by his line manager. The employee was dismissed and claimed it was unfair, but the company was able to prove that their social media policy required employees to be loyal to the brand and not criticise it on social media, whether they were at work or doing so on their own time.

The unfair dismissal appeal was denied. In cases like this, social media employment law will often come down on the side of the company unless the employee can prove that they were not in breach of the social media policy or were not made aware of it.

The information contained in this article is intended for guidance only and is not intended to provide specific legal advice to you or your business. Expert advice on any issue should always be obtained. Newtons Solicitors Limited does not accept liability for any loss that may arise from relying on or using the information contained in this article.